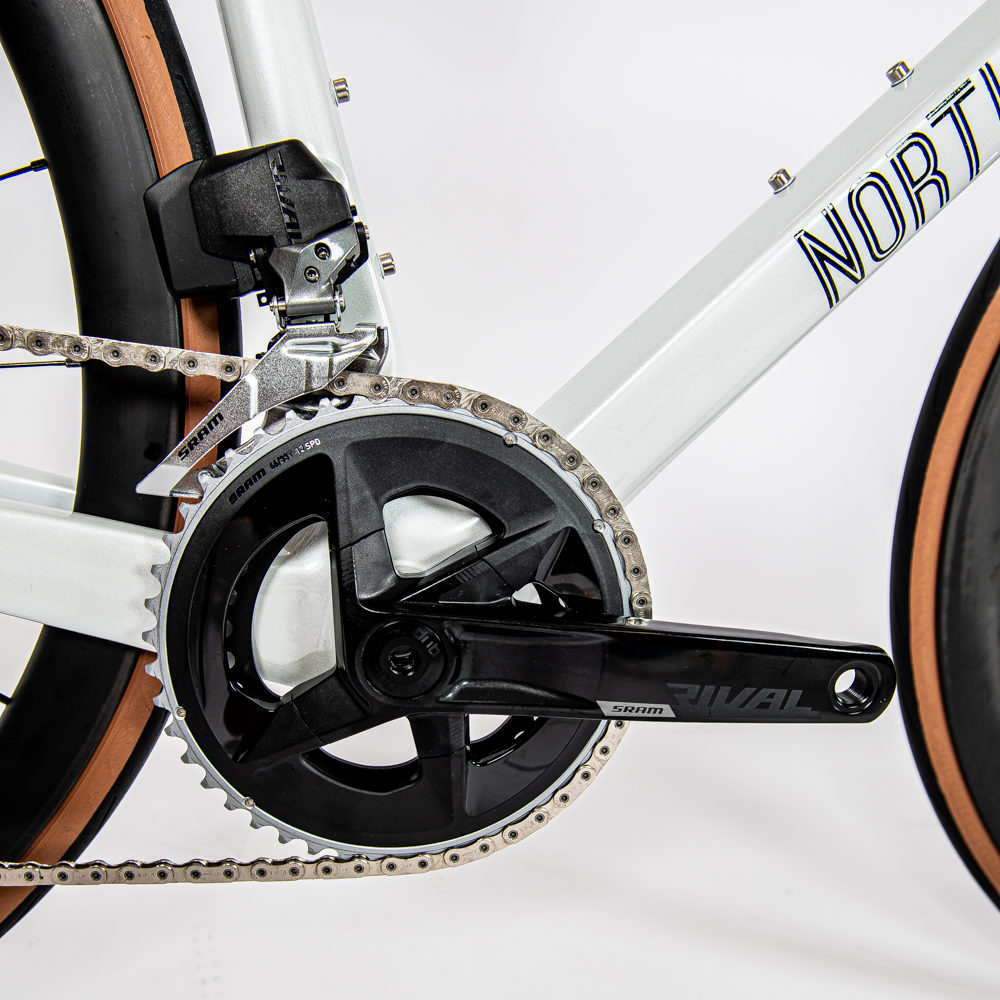 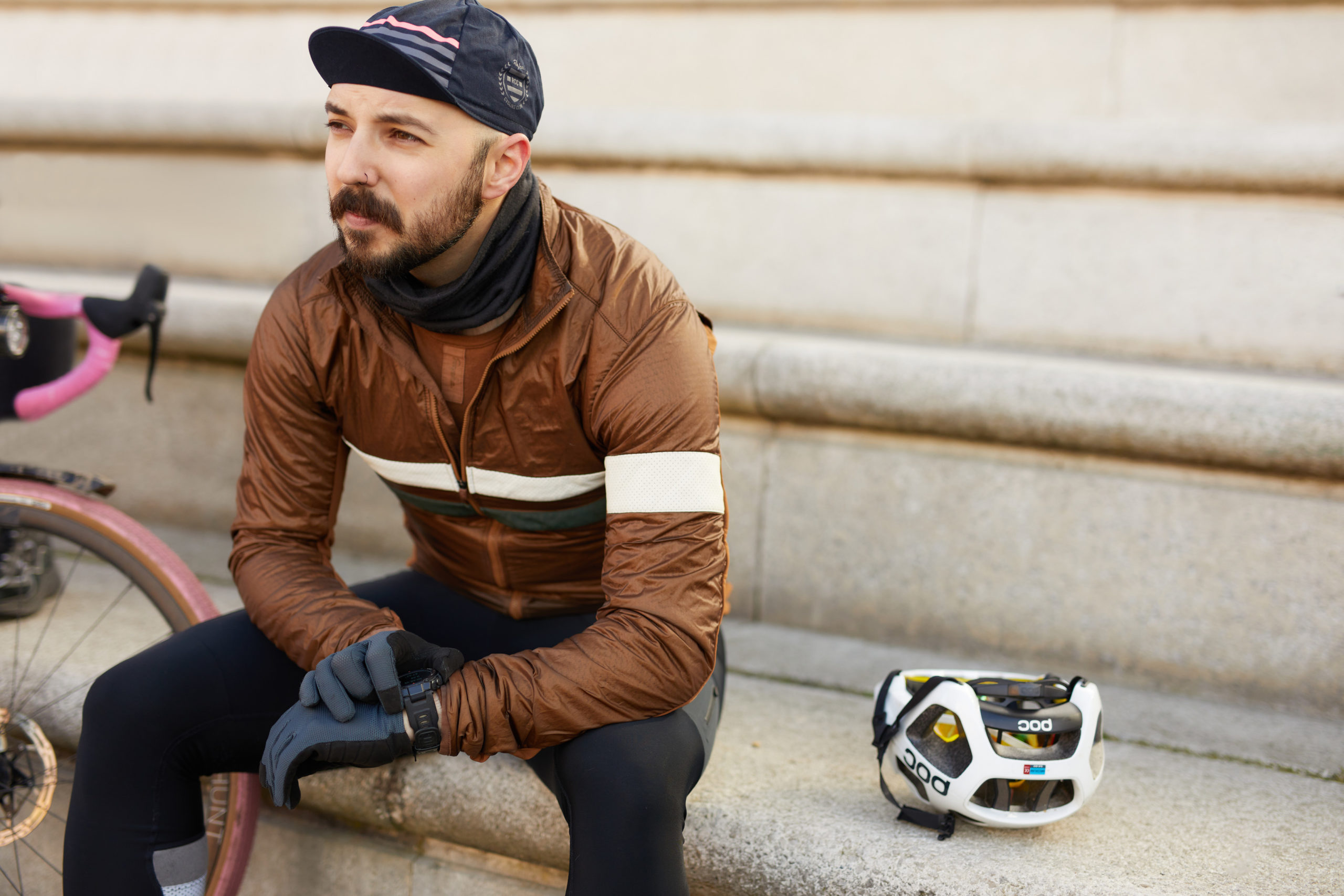 With more and more options from Shimano and SRAM, is now the time to upgrade to an electronic groupset?

We must get asked this question 5 times a week – and with good reason. The additional cost for electronic groupsets compared to the traditional cable operated gear shifting options can be eye watering. By way of a quick example, the difference in RRP between a Shimano mechanical Ultegra groupset and the electronic Di2 version is almost £1000. If you’ve been on a club run recently, you’re probably used to the “Dzzt Dzzt” of electronic derailleurs doing their thing So the question is, is it worth it?

Reasons you should go electronic

Or at least, they should never go out of index. Because there are no inner and outer cables sliding passed each other and no reliance on tension, electronic gears never give you that clicky clacky half a gear change before crunch that plagues bikes after a few months of a service. Regardless of how long they’ve been in situ, electronic gears will give you reliable, engaging gear changes time after time.

Physically, they require less effort to change, again due to the fact you’re not increasing or decreasing the tension in a run of cable. Whether you’re using Shimano Di2 or SRAM AXS (Or Campagnolo EPS but that probably deserves a post all of its own!) the buttons on the shifters are more like the clicking of an Apple TV remote than they are a traditional gear shifter. The lack of effort required is very welcome both towards the end of a long, taxing ride and when the cold starts to creep in and reduces finger dexterity.

3. Electronic gears are easier to set up

This one is more geared towards (See what we did there?) the SRAM AXS options. SRAM has an ingenious wireless system that doesn’t require any cables between the shifters and derailleurs. The connect wirelessly through their proprietary signal called AIREA. This means no running wires or cables through your handlebars or frames, just lovely crisp shifting and clean lines. (You will still need to run your brake cables though! We’re not doing wireless braking, yet!)

Both the Shimano and SRAM options have a bunch of smart features that might be useful to you. Both can communicate with your GPS unit to tell it what gear you’re in. You can setup procedures that will automatically switch the gearing to the closest alternative if it detects you are cross chaining (Using “big-big” or “small-small”) and even change the amount of gears the system will change if you hold down a shift button. Cool or what?

Reasons Electronic shifting might not be right for you

Yup, you read that right. At time of writing, all the electronic options on the market are heavier than their mechanical equivalents. It’s not massive, in most cases between 100-250 grams, but in a sport where we actually work out the cost per gram lost, we can’t ignore weight!

The batteries on the new systems do last ages – but ages is still a finite amount of time. Have you ever had to bail on a ride because you forgot to charge your bike? It’s not an impossibility with an electronic groupset. Added to that, if you use the Shimano Di2 system it’s often not convenient to remove the battery on a regular basis so you really do have to plug your bike in to charge the system and dragging your steed to the closest power outlet in the dark at the end of a cold wet winter ride, spewing mud and that weird black grit that accumulates under your bottom bracket all over your hallway floor… you get the picture.

As we mentioned right at the very beginning. We can’t ignore the cost. SRAM have done a great job in reducing the cost of entry with their Rival AXS system but the system still costs almost double it’s mechanical counterpart. Likewise if you have a crash and need to replace parts it will leave a fair dent in your pocket.

NorthRoad Ste has recently changed the groupset on his NorthRoad Mistral from mechanical to electronic, we asked him for his thoughts following a few weeks of riding the new kit.

What did you change from/to and why?

I had previously been running the Campagnolo Ekar 1×13 speed groupset on my NorthRoad Mistral. In my eyes, even though it was a “gravel” groupset I believed it was the perfect 4 season road groupset for UK weather – and I still do!

I changed the groupset over to SRAM AXS because I wanted a crank based power meter. Campagnolo didn’t have that as an option (and I wasn’t going to spend the best part of a grand on the Wahoo Speedplay pedal power meters which are my preferred pedal!) so it was actually cheaper to change the whole groupset.
The new system is a bit of a mix-match. The shifters and rear derailleur are SRAM Force AXS and the chainset and front derailleur are SRAM Rival. This was a good mixture of keeping weight down whilst also keeping some cost out of the change too. We’re a bit spoilt working for a bike company but parts still aren’t free! I was super happy that the system connected flawlessly even though it was a mix.

Because of the reasons behind the change, the fact the system is electronic wasn’t actually something that had motivated me to change, but it’s been revolutionary and made me realise just how lazy I am sometimes! Where previously I might have muscled over a short climb on a training ride, getting my heart rate up and spaffing away a load of unnecessary watts, because of how easy it is to change gear I’m more inclined to do so and stay within my numbers. I’m a bit embarrassed to say that out loud now I think about it! Likewise on the circuit, it’s great not having to think about making sure I throw a lever far enough to get a positive engagement on the change, I just ride and let the system take care of everything else. I think there’s a part of me that was worried the electrical gubbins might take away some of the “soul” of the ride but honestly, that’s not been the case at all. I feel just as much one with the bike as before, if not more so.

So what do you think?

Are you ready to move to electronic shifting or are you happy to stay with cables? Whatever you want, NorthRoad Cycles will gladly accommodate you. All of our bikes are available with electronic and mechanical groupsets and if one of our recommended builds isn’t quite right for you we’d love to talk to you about our custom builds. 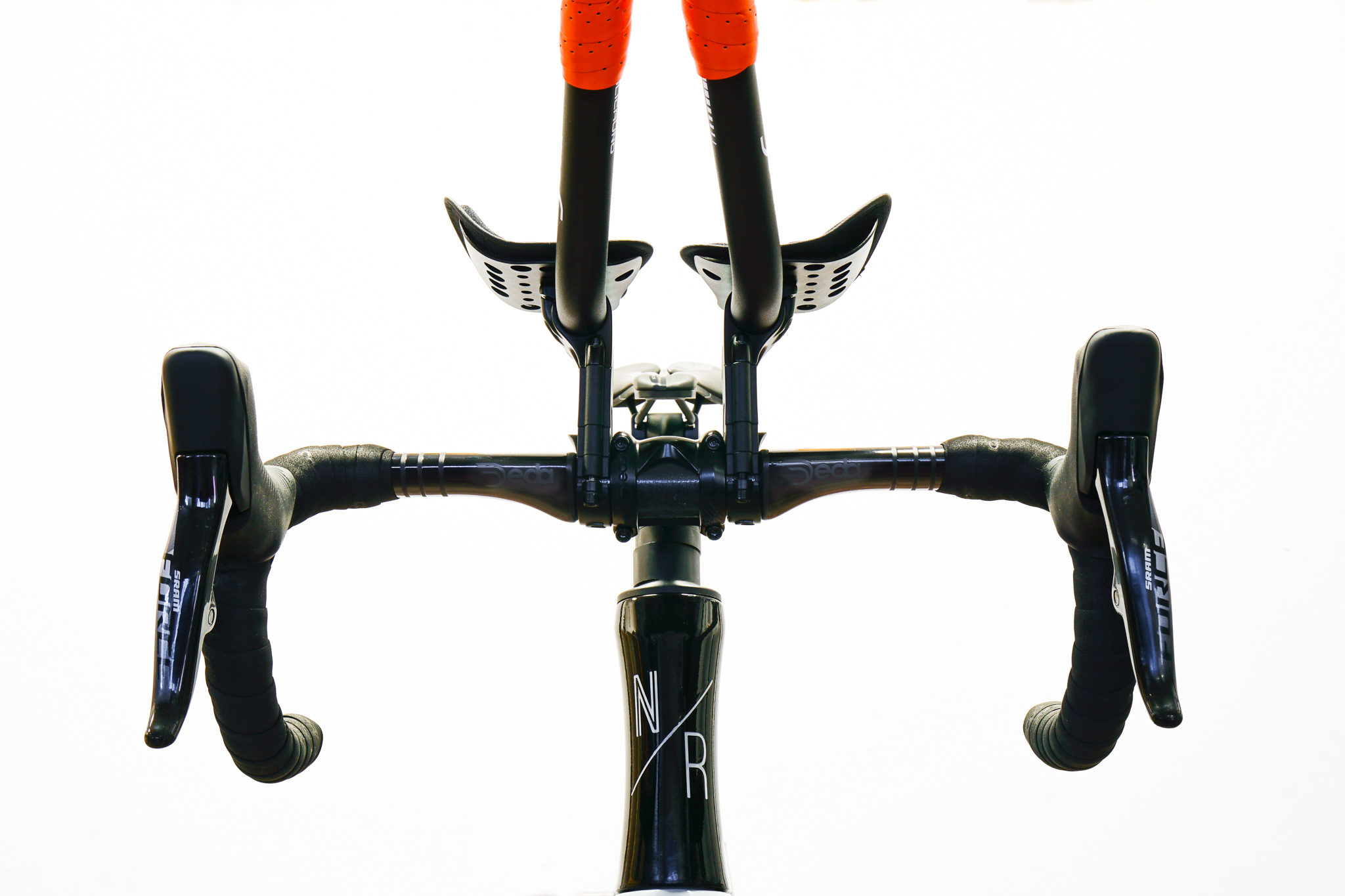 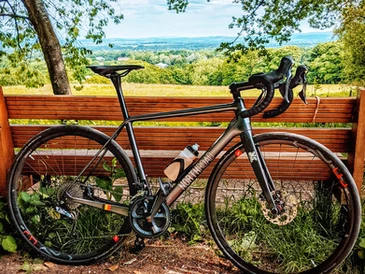 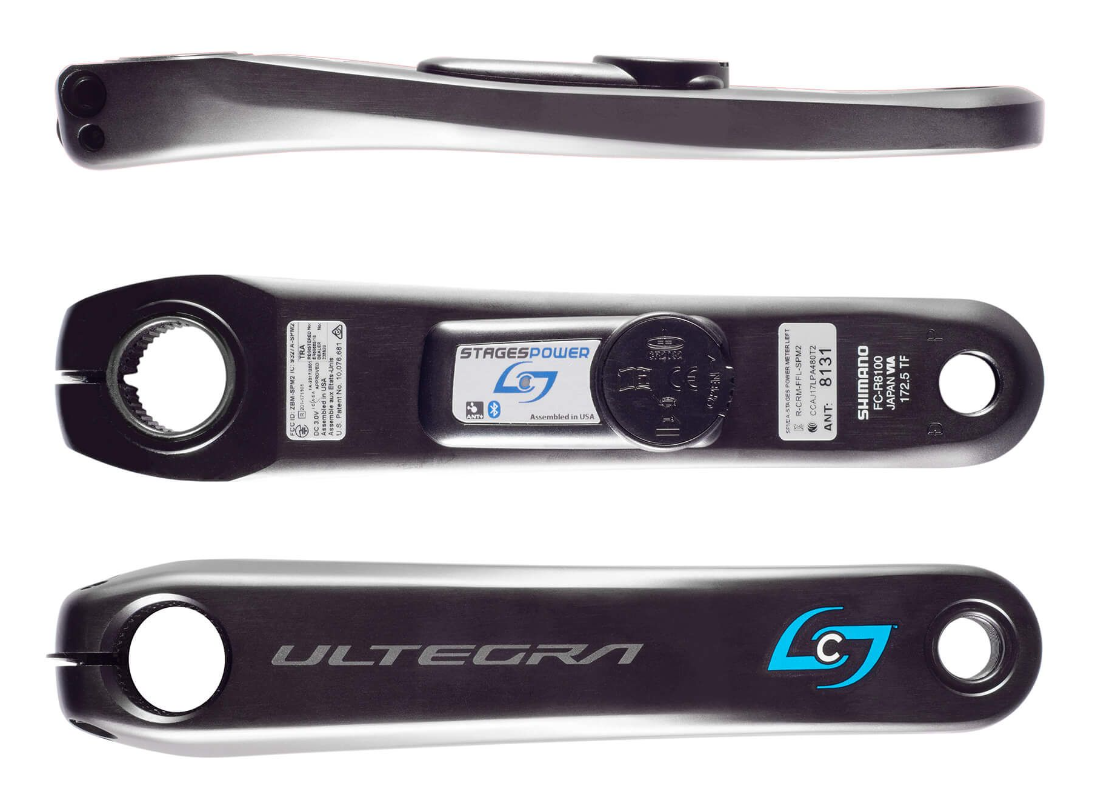 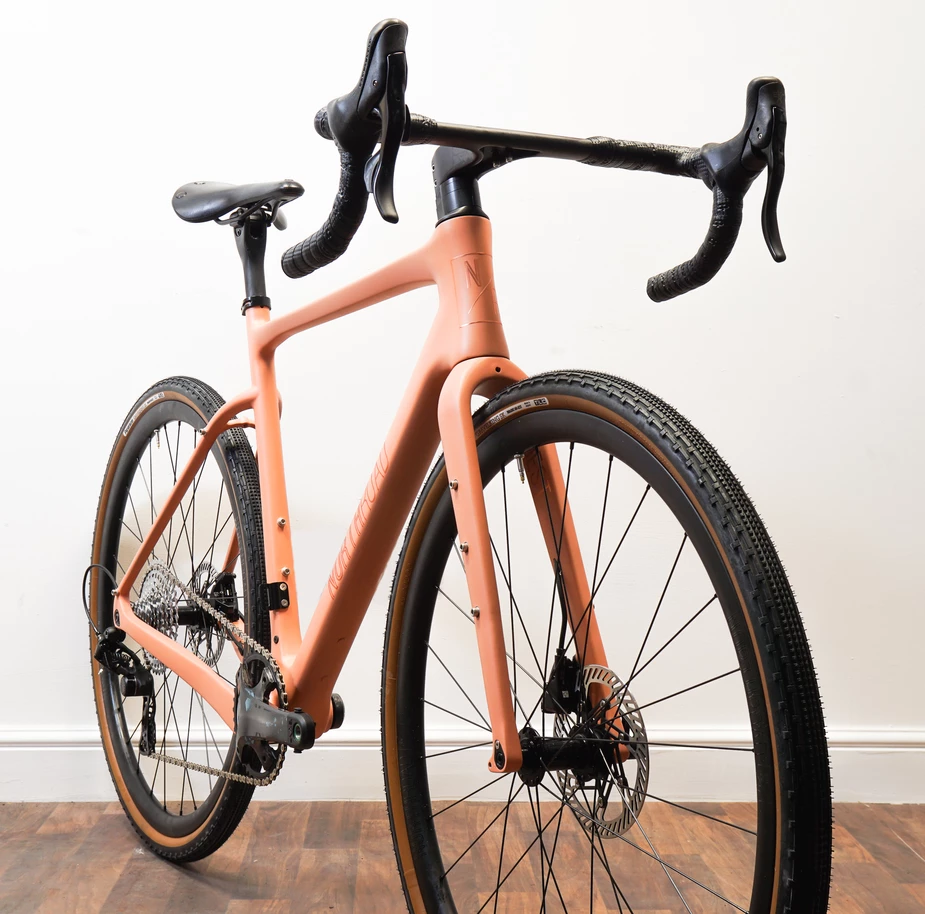